It’s time to talk about one in the top 5 richest men in the world. The man that always knew that wanted to be an entrepreneur and that only aged 11 invested in government bonds. Carlos Slim is a Mexican business magnate, engineer, inventor and philanthropist best known for being the CEO of Telmex, América Mòvil and Grupo Carso. He has an estimated net worth of $63.1 billion, and from 2010 to 2013 he was ranked as the wealthiest person in the world by Forbes.

Carlos Slim Helù was born in Mexico City on 28 January 1940. He first learned about business from his father Juliàn (of Lebanese descent) that taught him management, finance and how to read financial statements.

At 11 he was already investing in government savings bonds, at 12 he made his first stock purchase in the Mexican back, and at 15 he became a shareholder of the largest Mexican Bank.

He majored in civil engineering in 1961 at the National Autonomous University of Mexico even though his passion was economics. Nonetheless, his mathematics studies made during college helped him become a better reader of profitable investments.

After college, he started his career as a stock trader in Mexico, working several hours per day. While working, he learned a lot about investment strategies and business, so much that he started investing his private funds that in just 4 years rendered him $400,000. With this capital, he had enough economic strength to start Inversora Bursátil.

Five years after founding Inversora Bursátil Carlos accumulated a Net-Worth of $40 million, with which he founded Inmobiliaria Carso. The following years he mainly focussed on his investments in various industries like the soft drink, construction mining, real estate. During the rest of the 70’s he expanded into the hotels, manufacturing of cables and wires, airlines, telecommunications and mineral industries.

Tip #2: Success is Internal, not External

Carlos says that success is not an external opinion, but it is an internal state of being. He puts much importance on honesty and authenticity that he considers being human values superior to any professional, social, or political success. This means that you shouldn’t worry about what others think of you. You might have the best solutions to your problems, but if you don’t act on them because of fear, you’ll never know your outcome.

If you want to be a successful entrepreneur is essential for you to know as many things as possible. Not only about life but also about your environment as your brain will be able to create much more associations between ideas and find solutions that, with a narrower view, would be hard to see.

Everybody is born with some inborn talents, but success is a combination of the talents you have and of the education/training you put yourself into. If you can tap into your own talents and work hard to make yourself a cutting-edge individual in the world, then you’ll be successful.

3 Lessons we can learn from his story

Lesson 1: Live happily and without fear

You can’t let fear control you because it will make you lose in life in its many aspects. If you can live without fear or have the courage to smash your fears, then the rewards will be huge in any area of your life.

Have you ever notices that when you don’t have competitors, you usually underperform? This happens because as humans we like to surpass our limits by nature and when we see that somebody else’s doing something that we believed impossible, there are internal resources start to activate and we get to new heights and personal records.

Carlos has achieved huge success over its lifetime, and despite being one of the richest men in the world, he always kept himself humble and lived an authentic life based on what he really desired more than impressing other people.

Carlos Slim is and has been one of the wealthiest men in history and influencers of markets. His most famous strategy to become that wealthy has been to acquire assets at a low price to resell them at high prices thanks to his massive financial strength. If there’s a man from which you can learn successful business investing, this is one of them. 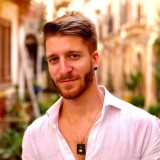 SuccessTitan helps you to get on the shoulders of… Titans. Learn from the ultrasuccessful how they’ve reached their level of accomplishments to achieve more in every area of your life.

We are a participant in the Amazon Services LLC Associates Program, an affiliate advertising program designed to provide a means for us to earn fees by linking to Amazon.com and affiliated sites.

Copyright 2019 by SuccessTitan.com – All rights reserved.